Sporting events should be the center of the Chinese sports industry

According to a report released by the Chinese National Sports Authority, China produced a total output of RMB 1.7 trillion from its sports industry.

As the report revealed, the result is mainly driven by manufacturing, sales, trading and rental of sports goods and related products, which accounts for 86.2% of the total. In other words, the sports-related goods industries are still the main sectors of the Chinese sports industry.

However, as a matter of sentiment the nucleus of a sound sports industry should be its sports performance industry and not its sporting goods sector.

Deloitte found in 2015 that Dubai’s sporting industry was worth more than US$1.7 billion with investment in sporting events, sports venues and mass participation events accounting for US$709 million of the gross expenditure of Dubai‘s events total US$1.14bn. In this regard, Dubai has a much healthier sports industry than China.

Then how can we change the status quo of the Chinese sports market?

Maybe we can start with the following aspects:

The Chinese Super League (CSL), we can say, is the most popular and commercialized professional sports league in China. In recent years, powerful outfits such as Guangzhou Evergrande and Shanghai SIPG have become annual title favorites for the AFC Champions League.

More importantly, the arrival of international players like Tevez, Oscar, Hulk and Alex have enhanced the competitiveness and increased entertainment of Chinese clubs and fans as well as improving the international influence of the top-flight football league.

As such, the growth in attendance figures of the league have been remarkable. According to statistics released by CSL officials, the total stadium audience reached 5.8 million in 2016, averaging 24,159 for each game. At the same time, more than 284 million people watched the CSL on TV with the number of viewers streaming online increasing sharply. As of now, the football league is being broadcast in 96 countries and regions around the world.

The league has also been monetizing its commercial value through sponsorships and partnerships. In May, the CSL Company sealed a five-year title sponsor-extension with the Chinese insurance firm Ping’an Group, which will see the firm pay RMB1 billion to continue its title sponsorship through to 2022. 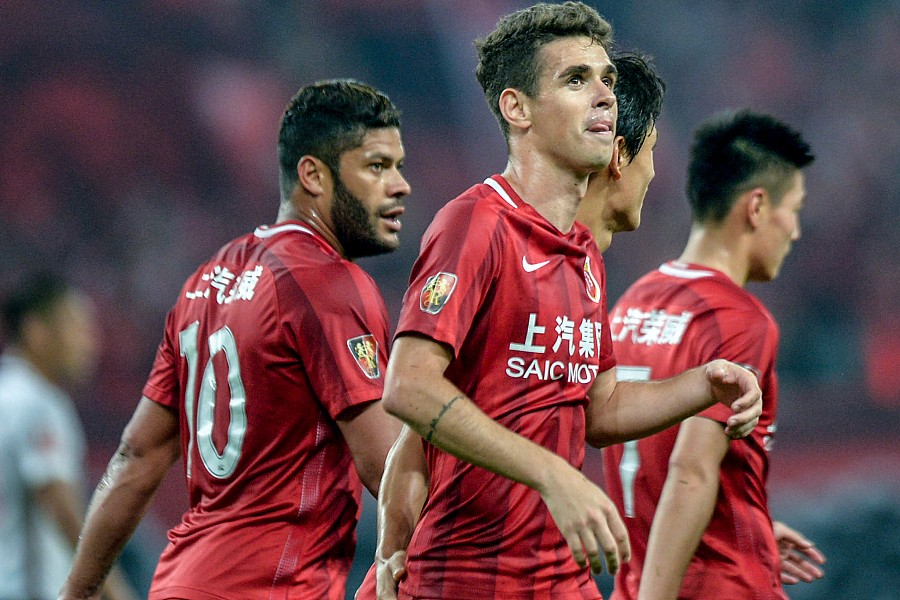 Meanwhile, the CSL has also signed up as partners with China Sports Media (CSM) in a five-year broadcast rights deal, worth RMB8 billion. Despite LeSports relinquishing its broadcast rights due to financial burdens, the new media rights for the 2017 CSL season  were acquired by the Suning-backed PPTV Sports.

However, two new policies, recently introduced by the Chinese Football Association (CFA), have caused a stir in the Chinese football world. These new rules have regulated the number of foreign players in match day squads and on the pitch, and have adjusted the appearance policy of Chinese Under-23 players in the starting XI. The rules have also limited Chinese clubs’ investment in transfer windows by doubling the transfer fees overnight.

The CFA said the new rules are aimed at promoting the development of youth players and training in the country, but some critics argue that this move, in spite of its good intention, is too premature for the Chinese football market. So we will have to wait and see what will be the best way to balance commercial value and youth player development.

Although the Chinese Basketball Association is not as widely known as the CSL  discussed previously, the first-tier professional men's basketball league in China has a remarkable fan base.

As reported in the Yutang Sports viewership report 2016 , the league showed its popularity by having 7 CBA matches ranked in CCTV‘s Top 10 basketball games list.

Even more importantly, China has been making recent progress in basketball reforms. With the establishment of the CBA Company, Yao Ming’s election as CBA President and the launch of the CBA Summer League the country is on track to separate its professionally-run basketball league from its traditional government-run system.

All of these changes will help improve decision-making, enhance independence and transparency, as well as turn the CBA into a more professional and commercialized league in the international market.

In addition, it is hoped the effects of these basketball reforms will, sooner or later, expand to other professional sports Such as badminton, table tennis and volleyball, thereby benefitting the Chinese sports industry as a whole.

As we know, not only have professional sports seen a rapid development in participants, fan engagement, commercialization and professional management, but also mass participation events are developing at an unprecedented rate in China.

Let’s take marathon running as an example. In 2016, 328 marathon-related events were approved by the Chinese Athletic Association, which is almost 1.5 times more than 2015 (134 events) and 14 times more than 2011 (22 events). Running alongside the increase in marathon events has been the number of participants, reaching 2.8 million last year, an increase of 1.3 million from the previous year.

However, we should not only focus on the numbers, but focus on how we can solve more tougher issues regarding how to carry out the national fitness programs.

The good news is, that the government has shown its ambition in turning China into a sports powerhouse. Recently, a national plan was jointly released by nine Chinese departments with the goal of accelerating sporting consumption and the development of the sports industry.

The plan recommends that marathon events reach more than 5 million people and boost the sports economy to the tune of RMB 20 billion in related expenditure.

A well-established sports industry can not be built in a day. It needs every Chinese sports practitioner to work closely together to optimize the industrial structure and tackle specific difficult questions: How can we balance policies and market demand? How can we make full use of sports venues? How can we promote the development of grass roots clubs? How can we make events more professional and motivate mass engagement and participation? Or how can we provide more public sports resources to the public?

WPBSA’s Ambitious Plan: How to make Snooker a popular sport around the world?