Interview with Rahul Kadavakolu: How Rakuten turned itself into a global brand through sports marketing

Sports has become one of the most sought-after marketing resources for brands to connect with their potential and current consumers in an exciting way.

As the operator of the largest e-commerce platform, Rakuten announced landmark deals with FC Barcelona, the Golden State Warriors and the National Basketball Association, with the goal of growing itself into a well-known global brand. 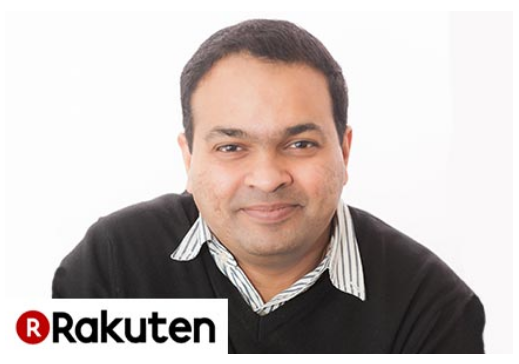 As the official media supplier of the SpoBis 2018 held on January 30-31, Yutang Sports had the opportunity to talk with Rahul Kadavakolu, Executive Director of Global Marketing & Branding at Rakuten Group. He has shared us with Rakuten’s sports marketing strategies in both Japan and the international market:

As we know, Rakuten is a sponsor of FC Barcelona and Golden State Warriors, why did you make such heavy investment in sports sponsorships?

Brands use a variety of mediums to support their branding efforts, but Rakuten see sports as a good avenue to connect with audiences to build and enhance brand awareness, share our values and amplify our membership efforts. Most importantly, we believe that sports unite the world and brings people together, because it cuts across language, culture and regional barriers. It brings an emotional quotient which is a very important aspect, especially in the early stages, of building the brand. The ability to transcend these barriers and unite all global Rakuten Group companies is why we have consciously taken the position to focus on sports as the way to build a stronger global brand.

Sport is not new to us. We own Vissel Kobe, a Japan League soccer club and professional Japan baseball team Rakuten Eagles. Using sport as a platform to build our brand is something that we’ve been doing for quite some time. Having said that, picking the right partners were key and the philosophy of the partners played a huge role in us identifying and partnering with FC Barcelona and Golden State Warriors. Our partners both shared the common values of teamwork and community, which very clearly resonated with the core values of Rakuten.

How can you benefit from the sponsorship deals with Barcelona and the Warriors? Are North America and Europe in your sports marketing focus?

We already see unmatched value when it comes to exposure of our brand. Our partnerships also reflect our passion for teamwork, and one of the elements that bring us together is our mission to empower society and individuals through innovation and entrepreneurship. Teamwork plays a crucial role for both GSW and FCB. These two teams reflect the idea of teamwork, something Rakuten associates with strongly—we want to share this both internally with our employees and externally to the rest of the world.

Early in 2005, Rakuten established a baseball team Tohoku Rakuten Golden Eagles, under the Nippon Professional Baseball’s Pacific League. Then in 2014, you bought the J1 League club, Vissel Kobe, from the Crimson Group. In terms of sports marketing, can you share the differences between your overseas strategy and domestic strategy?

In international markets, our main aim is to use our partnerships to start building an international brand and build an emotional connection with people, which is where sport plays a crucial role. Sport and entertainment channels create a unique emotional connection with fans who may be potential customers, or even existing customers you already have. As well as building our brand and growing our business, we want to use international partnerships to see how we can further contribute to the community. Both FC Barcelona and the Golden State Warriors are community-driven brands, and we want to be closely associated with them, as their values closely resonate with ours.

In Japan, we have already built a strong brand and part of the reason for that is through our association with the Tohoku Rakuten Golden Eagles, especially when they took a historical victory at the Japan Series championship in 2013, after coming through the Great East Japan Earthquake of 2011. Our goal is to build that association further, and find more opportunities to take our brand directly to our consumers in a seamless way.

Is sports sponsorship one of your major marketing strategies? Do you have any plans for the future, perhaps for other big sponsorship deals?

We see sport as a crucial part of our strategy, as it provides a way to engage with consumers, merchants and community through the various services we offer.

We have a three-way strategy as far as all our partnerships are concerned. First, is to build the brand, second is to see how we could seamlessly embed Rakuten services and solutions into the fan engagement journey and third is to see how we can build innovative business models through these sports partnerships and platforms. We have very exciting plans for our partnerships, and these are called partnerships rather than sponsorships for a reason. Ultimately, it’s a two-way street, where two brands interact with each other. Sports will continue to be an important part of our strategy going forward.

We know that Amazon is looking to boost its digital media platform and even buy broadcasting rights of famous sports IPs. Since you have a video-on-demand (VOD) streaming service, Rakuten TV, are there any plans to leverage this for your sports media business?

We partnered with NBA as the league’s exclusive distribution partner in Japan for all live NBA games. This is NBA’s most comprehensive media partnership in Japan and our very first with a North American sports league. This conversation was a logical extension of our discussion with the Warriors. We wanted something special to bring to the audience in Japan and in doing so, we had two goals. One is to bring this exciting sport to Japanese fans, and the other is to help our TV business and find new and exciting ways of how this partnership fits in with the rest of the ecosystem. We hope to come up with new and innovative ways in which the consumers can enjoy the NBA game in Japan.

Successful marketing of Idol Producer: What can we learn from entertainment marketing?

An In-depth Interview with Kevin Chang, the Senior Vice President of UFC® APAC

Today is 100 days before the opening of the SportAccord 2020